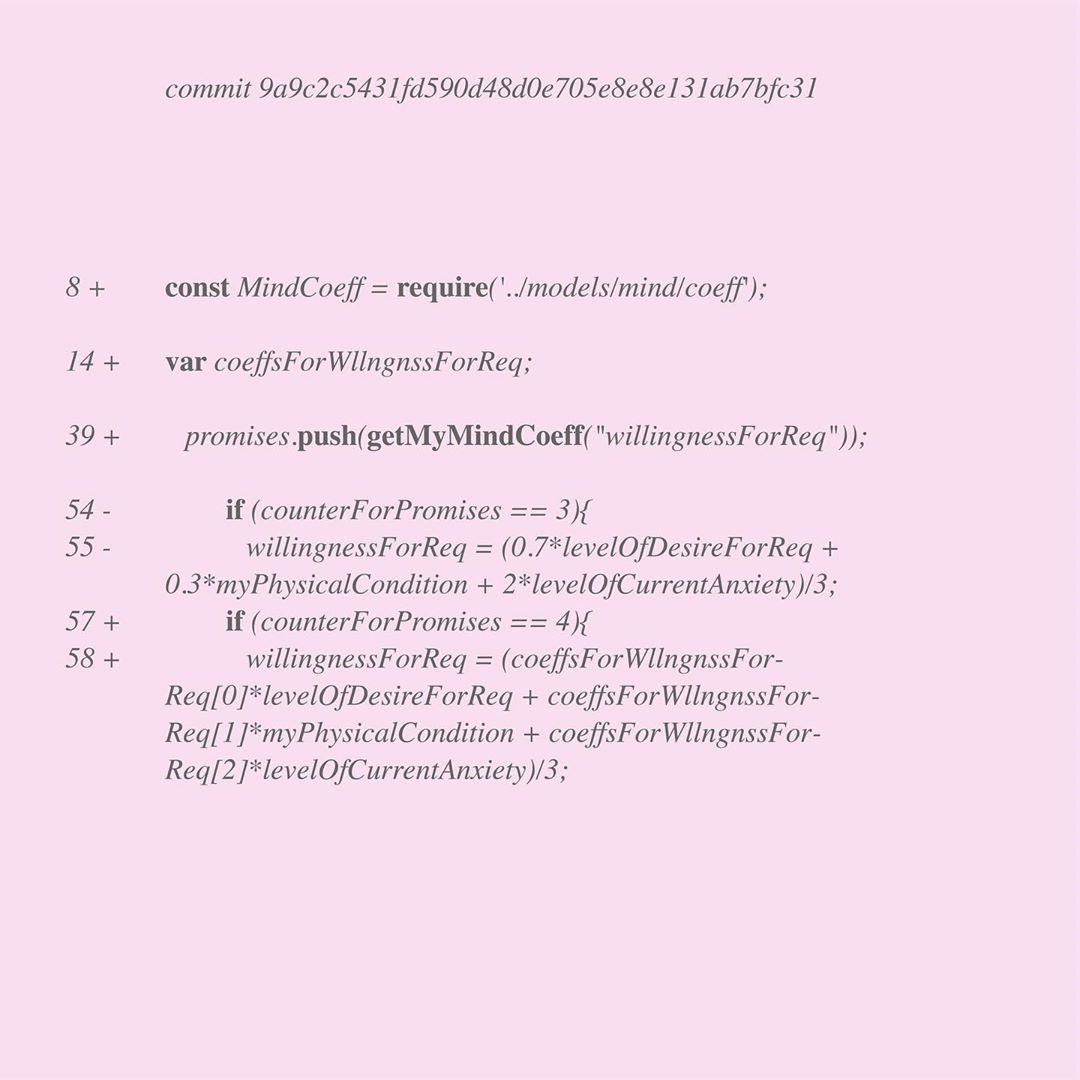 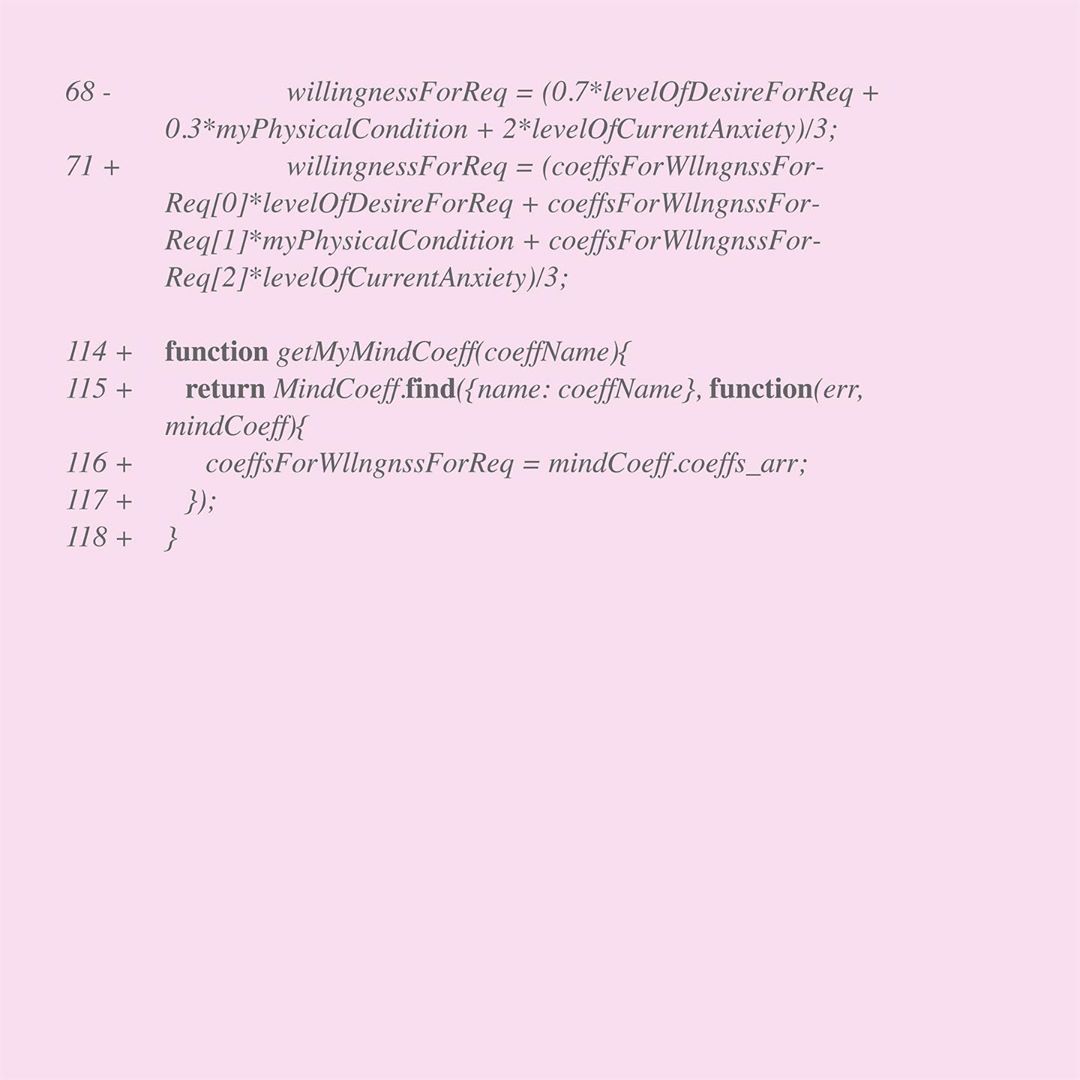 Nahee.App is an ongoing performance by Nahee Kim, in which code poems, images, and video express sexuality as automation. The code poems appear on Instagram, formatted in a code-friendly monospace font with line numbers -- but also with italics, pastel backgrounds, and the larger margins of a formal invitation. The text pieces are interspersed with selfies, crude 3d models of breasts, and other cyborg-sexual images that inject sexual desire and anxiety into computational processes.

Oh, and many are quite funny, especially the visual works: Kim uses code's inflexibility to make sex even more absurd. Take the "game started" animation. The user is asked whether they want to have sex with the app; if so, compatibility is checked. Kim leaves us with no resolution, but the mystery is less in the outcome and more about the automated process that will determine the app's desire. I can't help but imagine a huge questionnaire like on dating sites of the '00s, that matched people and reported unrealistic margins of error. 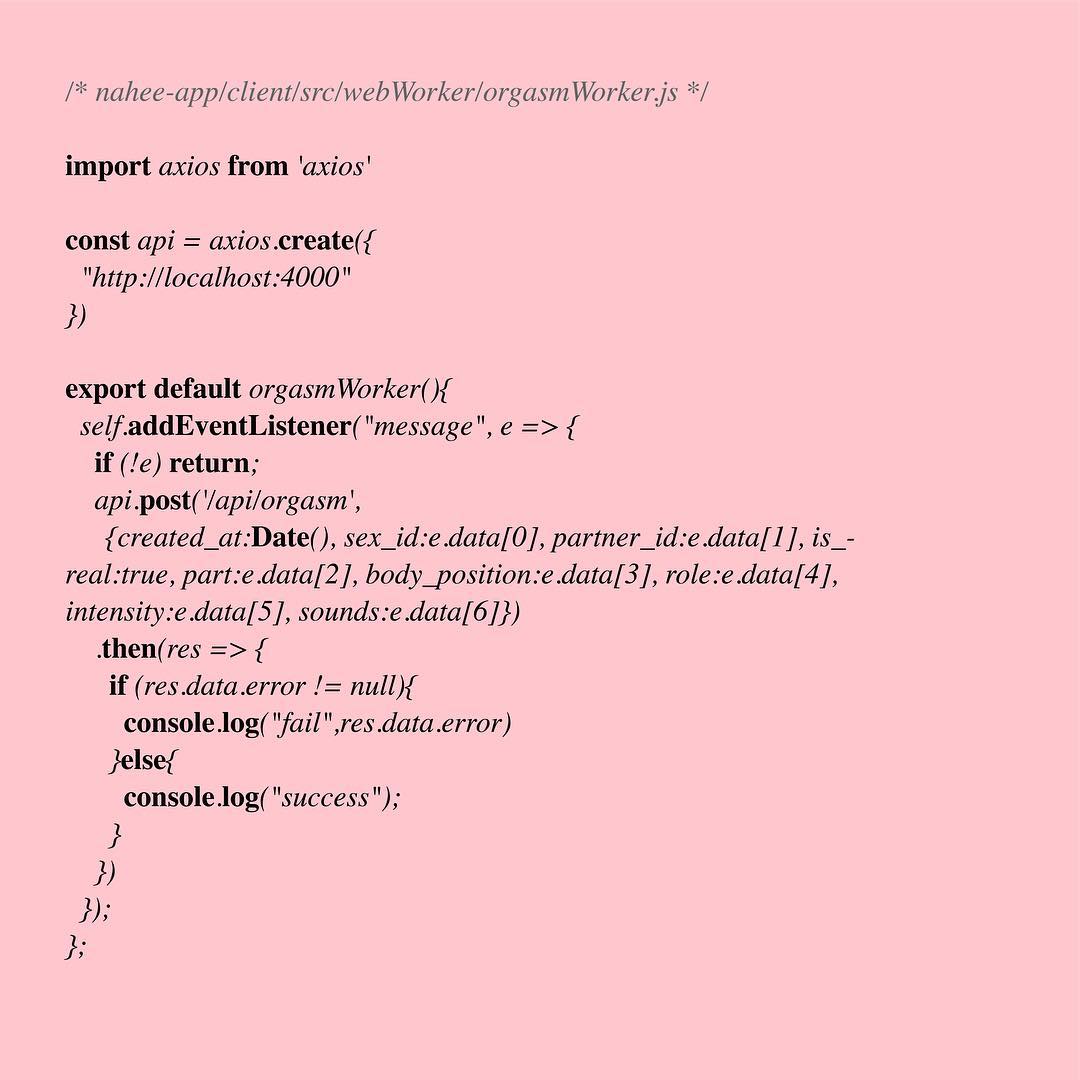 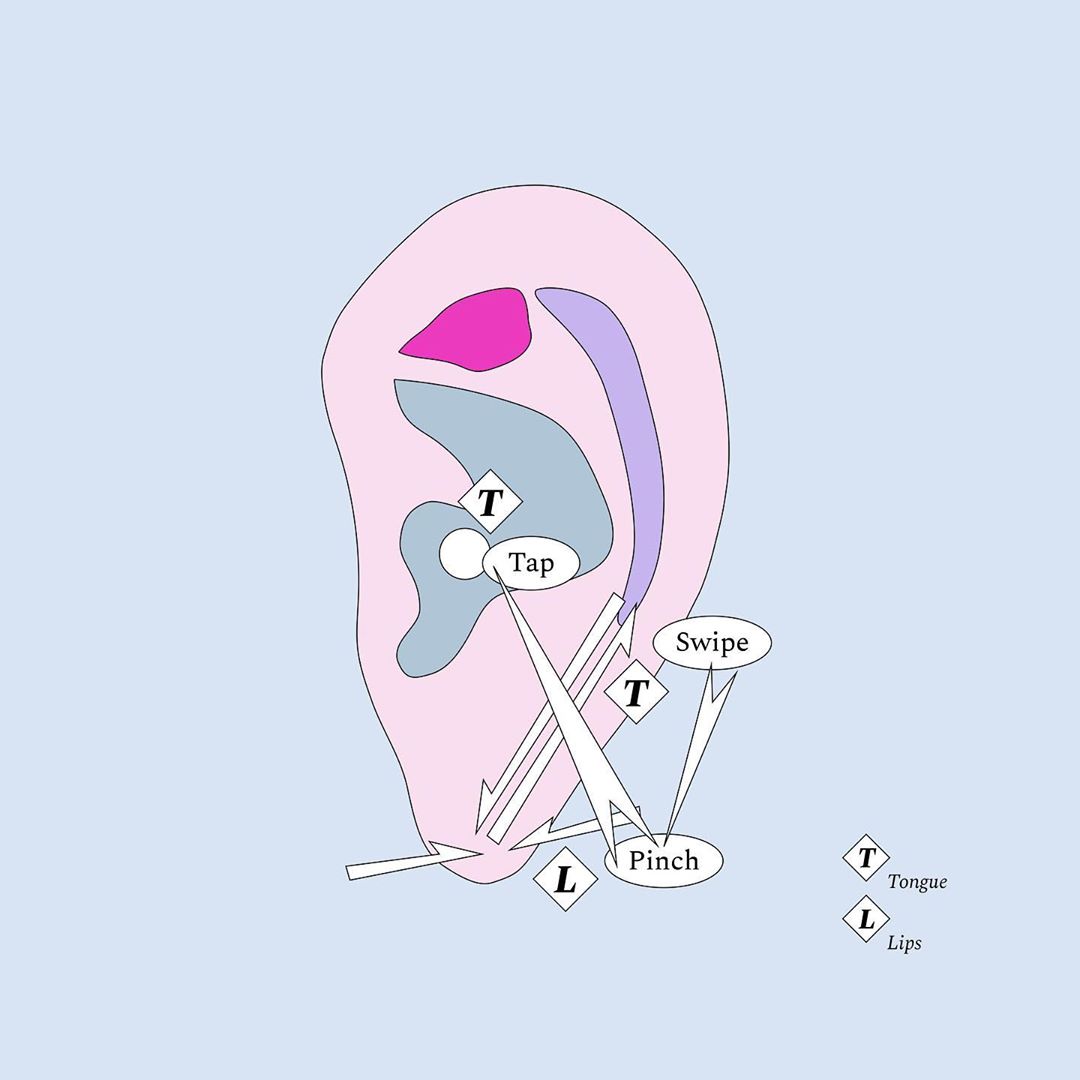 The project grew out of student work at Hunter College and from a previous project, boobblobs, created at School for Poetic Computation, as she writes:

When [my friends and I] discussed the sexuality and gender in our world’s society, we agreed that we don’t want to give any discrete types of sexuality/gender to the people of our world. Instead, inspired by my previous project <Instant Baby>, which is a short video about the possibility of commercialization of having babies (ordering and programming babies), we decided that the people of our world have programmable genitals so that sexuality or gender in this world not being simply decided by the shapes of sexual organs.

But my experiences as a web developer giving me an inspiration to write actual code with front/back-end structures to control the programmable genital. I selected myself as the first subject for this programmable sex/sexuality/body project and then Nahee.app has started. I keep working on and posting the code because as this project going on i realize more that i really love sex and love code. Breaking down those (maybe one of the most) irrational moments of life by following the strict rules of programming languages is giving me different perspectives for my sexuality and my sexual relationships.

Is Nahee a web app or a mobile app? Which Nahee will be deleted?

In the piece above, Kim, who is also a former iOS developer, challenges the infantalized UI of the iPhone with monogrammed bare breasts, countering Apple's corporate curation. It recalls interface art of the peak net art era, like Emilio Gomariz's OS X Art, which challenged spaces of passive consumption by using them in unconventional ways (here making dramatic use of the iPhone's wiggling icon mode).

In the text works, Kim has opted to write code segments that are runnable (as discussed in the previous post), resembling the code art of Pall Thayer more than the codework of Mez Breeze. It implies successful execution and is highly readable / conventional in its organization. However, her programs are often serialized across multiple posts. Code implies exactness but makes it easy hide the details, which can be resolved elsewhere in the code, or in unseen outside libraries; Kim uses this to elide specifics we can't really understand about our own desire.

The project is still in its early stages, and still expanding in the type of work that appears, both in content and style. Kim has indicated she may make zines, and it may evolve to platforms other than github, twitter, and IG. This distributed approach makes it more resilient against any one site becoming diminished (as happened to a lot of art blogs in Tumblr's recent expurgation of adult content), and reflects the app-oriented state of today's net.art.