Classical Chinese as a Programming Language

This unusual feature comes from a fluidity in its parts of speech. In English, we can verbify a noun: "knife" someone or "book" them, etc. Classical Chinese goes much further; there all verbs can be nouns, and nouns, verbs.

The transformational grammar for Classical Chinese is thus very different than that for English. In analyzing an English sentence, we have rewrite rules such as NP→Det N, meaning a noun phrase can be replaced ("rewritten") with a determiner + a noun. Additional rules might give us Det→"the" and N→"person," ultimately resolving our noun phrase to "the person." Because of its fluidity of speech, Classic Chinese adds recursion, with circular patterns like the grouping of V→N and N→V. 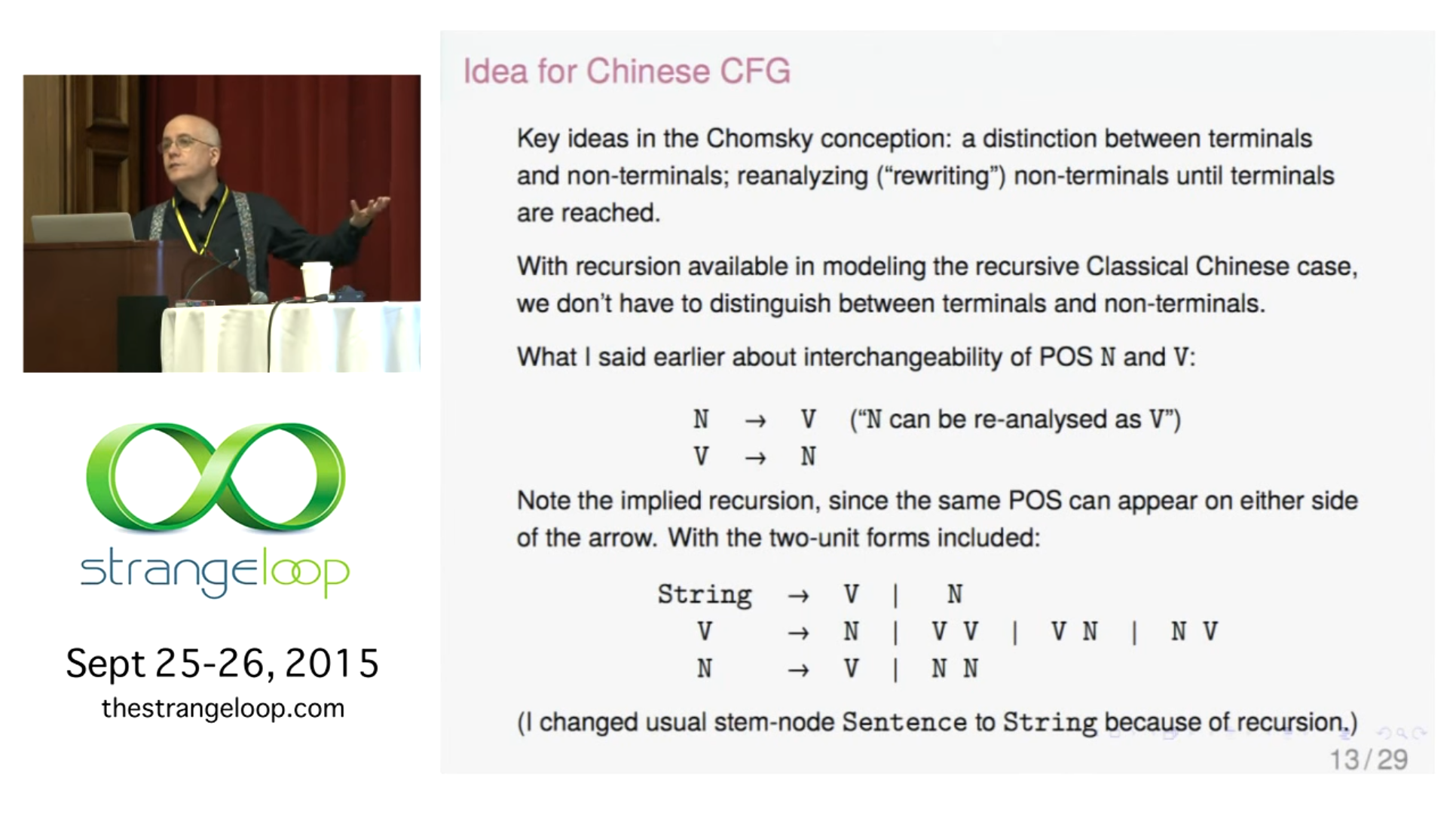 I claim that Wényán syntax can be described very tersely — two parts of speech and eight ways of combining them—but much of the semantics of that syntax is imprecise. That is part of the mesmerizing verbal ballet of Wényán.

This feature of the language is most likely due to the literary character of Classical Chinese, what Branner describes as a "high diglossic register," meaning the written form was dominant in shaping the language. Even when it is spoken, it retained a grammatic simplicity that ordinarily would go away through common usage.

The complete paper can be found here.

The entire video (below) is worth watching 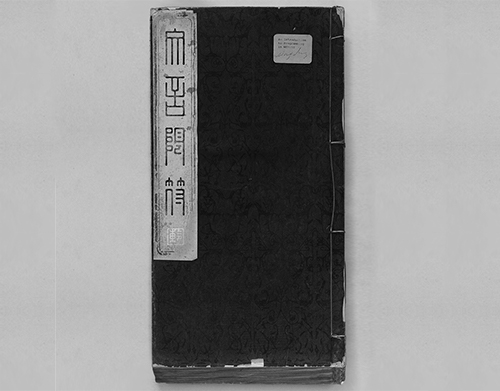